“The book is the new brochure!”

…is something we say a lot around here at OnFire Books!

Because a company or individual that has a book, is set apart from the competition. Books build instant credibility. A book establishes you as the authority and expert in your field. But your words, are also your legacy and they live on long after you are gone. 100 years from now, when your online content has disappeared and the front page of Google has another person’s name on it, your book will still be on the bookshelf. Books live on forever. Antique books are valuable. Your legacy and life lessons, live on. Read what Huffington Post had to say about our founder, Tammy Kling.

The Power Of Words By Julie Barnes

Words can create doubt and negativity, or be the seeds of change and the start of something great.

If you follow me on social media, you know that I love to share inspirational quotes. It’s part of my mission to inspire the world.

Just reading a simple quote can change one’s outlook on an otherwise bleak-looking day and refuel the reader with new motivation. That’s the power of words.

I recently watched a powerful TEDx talk given by the amazing Tammy Kling titled “How to Save a Life,” where she shared that words can also change a life, or possibly save a life. I was both in awe and inspired by her powerful message.

Tammy Kling is a best-selling international author of 104 books and counting, including The Compass, Freedom and From Where You Are to Where You Want to Be. Motivated by her passion for writing and helping leading CEOs, celebrities and world leaders to tell their stories, Tammy is also a sought-after literary coach who guides clients through the process of book writing and finding the right agent and publisher. She regularly serves as an editor and ghostwriter.

Tammy stops by to share more about the power of words and the transformational work she is doing with the homeless through writing. 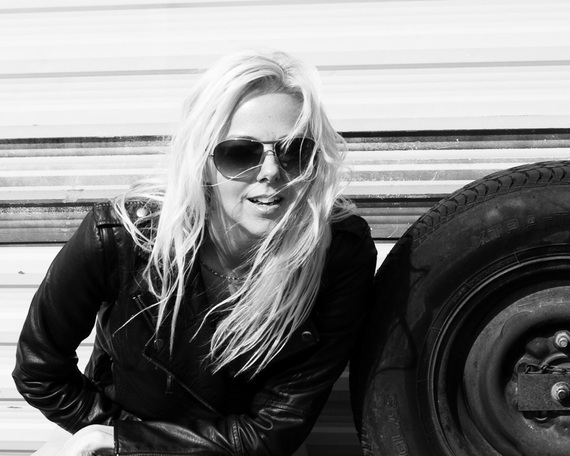 JB: I love the powerful message you shared in your TEDx talk… “Words are currency. Words are assets. They can transform. They can change a life or possibly save a life.” So many people just say things without thinking. They just think, It’s just a word, but words truly have power. What inspired you to start sharing about the power of words?

TK: It was helping a homeless man that first made me realize the instant impact of words to a human’s worth. He said, “No one sees me but you.”

I had only spent an hour with him under the bridge where he lives, but it was intentional. I told him that he had a life purpose, that he was gifted, and that he needed to rise up and give value to the world. He did. He’s not homeless anymore.

But there are more homeless people living in mansions, or normal houses than there are on the street. They’re homeless in their hearts.

Sometimes you have layers and layers of pain and negative words stuck in your soul. Like a blood clot. Only perhaps it’s unconscious, and those words have infiltrated your blood stream, damaged your internal organs. Closed off your heart. That can lead to destruction in life and relationships pretty quick.

And then there are the toxic words we may not realize we are telling ourselves. They become lies, that lead to depression, inaction, and getting lost from your life path. 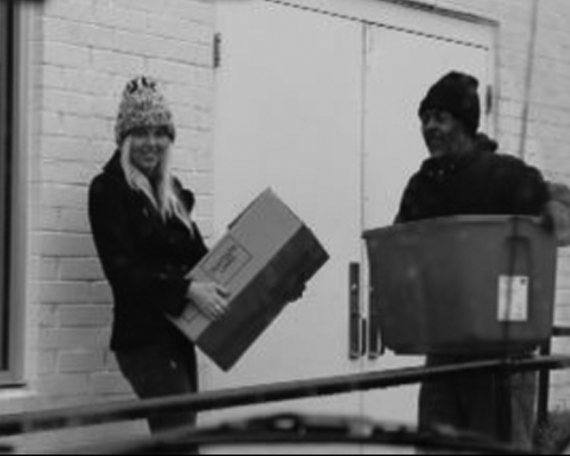 JB: You also shared that you lost your father to suicide. I lost my son to suicide. No matter how many years go by, there is always a feeling of something missing in your life. How did losing your father impact the work you do today with the homeless?

TK: It is everything.

As you know, suicide is unique because you feel as if you could have done something. Every single word I write is to save a life or change one. It’s always there. My Italian publisher said, “Perhaps you are trying to rewrite the past.” Perhaps. I know it’s impossible to save my father’s life, or your son’s. But there’s someone else’s father or son out there that we can save.

A homeless man is someone’s father and someone’s son.

But so is that executive, colleague, or stranger you encounter on the street or during your workday.

JB: You wrote in a blog post that being homeless is never about money. This really struck a chord with me because my son used to say something similar. One of his first jobs was driving a snack truck in Kansas City. Part of his job was to pull any snack item off the shelf by the expiration date even though there was nothing wrong with the food, so instead of throwing it away he would give it out to the homeless people. He used to say that it was as if there were two kinds of homeless people. There were the ones that kind of checked out of life and chose to live off the grid, and then there were the ones that just needed someone to care and give them a hand up so they could pull themselves out. Have you discovered something similar?

So, like me, he saw things from a big picture eternal view. I often get criticism from wealthy friends who ask why I would help someone who chooses homelessness. But it’s no different than if I helped the wealthy friend process their pain of a breakup, or a childhood wound, or spent hours listening to them. In homelessness it is often just a childhood event like abuse or trauma that has damaged their heart. They’re stuck. But it is an emotional pain, or event, that starts the cycle. They get a divorce, lose their job, get depressed, believe the lies, and get stuck. It’s no different than the rest of us. We’ve all believed lies at some point about ourselves. I used to think I was worthless as a kid because my father wasn’t around to raise me. But that event in his life was just a bad choice. It took me years to see the truth.

You are worthy. Life is for the living.

JB: In your TEDx talk, you shared the story of a CEO and a homeless man that you had been coaching with. They had taken different paths in life, but surprisingly shared nearly identical stories of abandonment by their fathers. This really opens your eyes to the fact that we are all just human beings connected by pain. We are one, in a sense. How important is it to get the “story” out of the soul, so to speak? To put your life on paper?

TK: It’s very important. I coach people to start journaling, even the successful entrepreneurs or CEOs I work with. When we write a book, they’re crying. Always.

Yesterday, a powerful CEO began crying and apologizing, saying, “I’m sorry, I can’t believe I’m crying.” But of course I expected it, because it’s part of the process of clearing out the soul, and they’re transformed when the book is done.

Because it’s a time of recalling events and memories that they’ve never confronted. Writing it out helps you heal. Sometimes there are words or life events in your subconscious that impacted you.

The most damaging words I ever heard were as a child. A kid on the playground made a reference to my looks, and then on top of that were the sarcastic words of a parent. Parents must be careful with their words. Sarcasm is damaging. 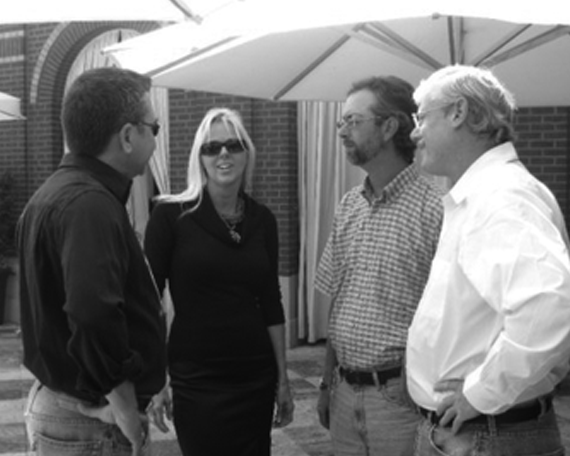 JB: Most people would be afraid to go into homeless camps. What inspired you to take action to go make a difference when others would let fear of, fill in the blank, stop them?

TK: I knew that words could change lives — instantly.

JB: What obstacles did you overcome to get your writing workshop to the homeless?

TK: A lot of people don’t get it. If a manager at a shelter or large organization is focused on a specific process or long-term program to rehabilitate a life, they may not initially understand the value of writing to heal. I often went in under the guise of a writers’ workshop. But it’s not about the writing at all.

It’s about hope. You restore hope. You ignite change. I could do the same thing in a corporate culture. I have a training session for executives that focuses on accountability and increasing productivity. The process is the same. I lead them to write specific things down in small breakout sessions and individually, that ignites change.

JB: Can you share about some of the transformations you have witnessed with the homeless community since they began working with you?

TK: I met a former police chief in the homeless shelter. He had a stellar career, an MBA, two grown sons he’d lost touch with. The act of writing changed him. He had spent years trying to get a job in law enforcement after being homeless because of a divorce trauma. He was sending resumes from the library by day, sleeping on a concrete floor at the shelter by night.

I told him to let go of the past as a police officer. Create a blank page. To redefine himself and write about what led him to homelessness.

He did and what came out was amazing. He became a writer instead.

I recall how another homeless man read out loud his story of abuse by a stepfather, in one of our writers’ groups. He wept, a gang member wept, the CEO I brought with me had tears in his eyes, the woman at the shelter healed from it. Words change lives.

JB: Your writing career has taken you around the world, to the offices of top CEOs and to the streets with the homeless. What have learned about yourself through all this?

TK: I’ve learned that when I’m authentic and use my gifts — when we all do — that it can transform lives.

You don’t have to be a motivational speaker to change a life. Just be you, only be more intentional. 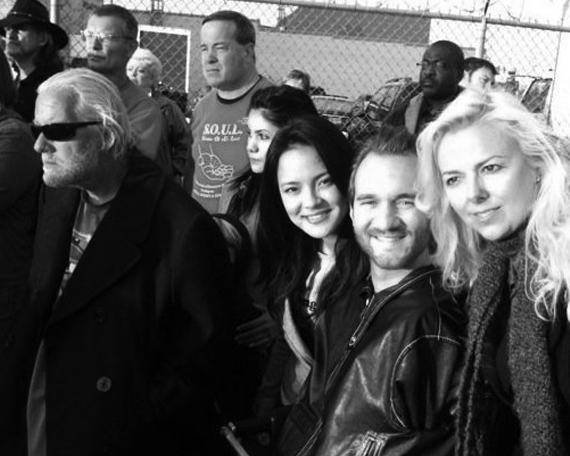 JB: What advice would you give someone wanting to start something similar in their own community?

TK: Just do it. Give back, wherever you see a need, whether it’s at a children’s home, or an elderly facility or a shelter. The biggest life you change will be your own.

JB: Where can our readers learn more about you?